Four-year-old Ralph looks like any other child. He’s happy, fearless and he loves to play. Behind his confident character lies a very rare, very aggressive invisible condition that is slowly taking away his abilities

His mum, Hayley, described how she learned her youngest son would face an unbelievable battle in his first few months. “Ralph was a difficult baby from day one, the complete opposite to his big brother Freddie,” she explained. “Everyone always used to say ‘it’s second child syndrome, you never get two easy ones.” 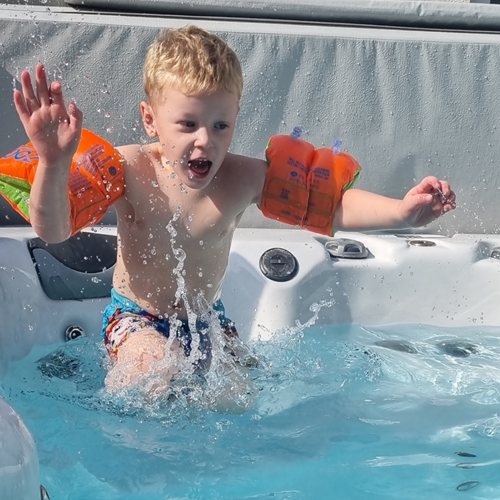 Hayley’s mother’s instinct knew Ralph was more than just unsettled, and when he was seven months old, Ralph suffered his first severe seizure – the first sign something was very wrong. At the hospital, tests showed no abnormalities, though Ralph continued to suffer sever seizures that were impossible to control without sedating him, leaving him unconscious for days. He would often stop breathing, which led to him being intubated in intensive care.

A routine appointment with a neurologist finally revealed a diagnosis. Ralph has a gene mutation called Dravet Syndrome, a rare, drug-resistant epilepsy. “I felt relieved that we had a name for it at last,” Hayley recalled, “but when I got home and actually looked it up it felt like we’d been given a death sentence.”

Ralph’s condition is a degenerative one, meaning his brain capacity will deteriorate as he gets older and he will end up with severe learning difficulties and worsening mobility. Dravet Syndrome also means Ralph is no longer able to speak, and it’s unlikely he ever will again.

Sometimes, Ralph will be aware when a seizure is coming and he will try to run away from the feeling of it, not remembering when he’s had a seizure, causing him confusion. Hayley said, “He just wakes up and he suddenly can’t walk or he just hurts and doesn’t know why. He has to learn all his skills again.” 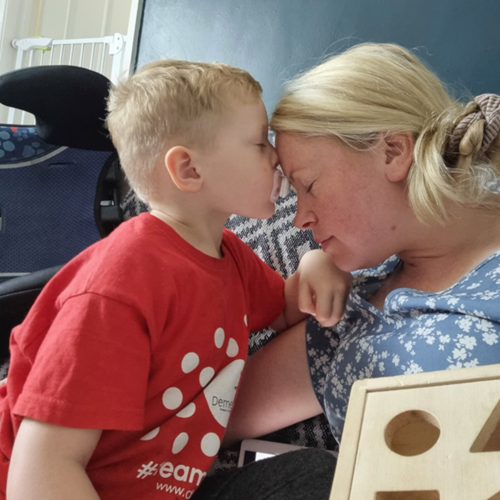 If Ralph has a seizure around his brother, Freddie will lay down on the floor beside him to comfort Ralph by holding his hand and stroking his face, sometimes even bringing him back to consciousness with the sound of his voice. “They’re very close to each other and Freddie is very protective of his little brother,” Hayley said.

A few months after Ralph’s diagnosis, a colleague of Ralph’s grandmother recommended Demelza and suggested Hayley get in touch.” Straight away I thought ‘we don’t need a hospice – it’s not the end!’,” Hayley said. “Luckily she reassured me that Demelza wasn’t like I first thought and so I did a self-referral. Watching Ralph play at Demelza just gives you a new perspective, it makes you think ‘If a child like him can be this happy, what have any of us got to be miserable about?’”

The family love their visits to the hospice in Sittingbourne and are avid fundraisers for Demelza – Freddie raised over £1800 in May this year, smashing his target of £200, by taking part in the Miles in May challenge and Hayley climbed Mount Snowdon in September, raising a further £783! 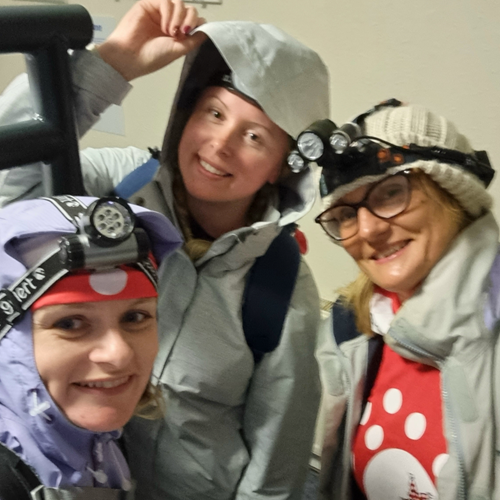