XL@Football has signed a multi-year principal partnership deal with Kent Reliance ahead of the start of the new football season; a deal which also benefits a local children’s charity.

As part of the deal, Kent Reliance will receive branding on the front of all matchday, training and coaching kits but, in an innovative arrangement, it has donated these valuable sponsorship assets to Demelza Hospice Care for Children, a charity that supports families who have children with a serious or terminal condition.

XL@Football is the brainchild of Stuart Grist a local businessman and the Academy’s CEO who identified the huge disparity in women’s football and academy structures, and the massive underinvestment in the women’s game. 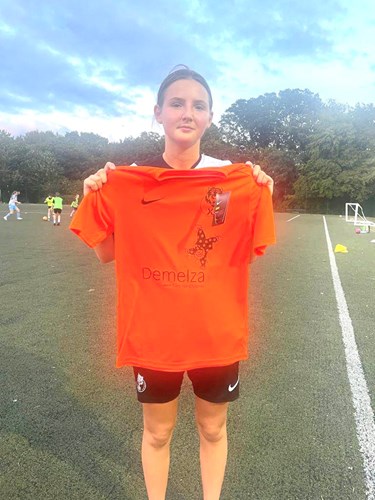 Stuart created the Academy to level the playing field between the women’s game and that of the men’s, giving young girls the same opportunities and a pathway to playing at the highest levels by providing the same technology, coaching and professionalism that already exists in the boy’s and men’s game.

The club has achieved huge success in its first season, reaching the National Cup Final in the Junior Premier League (JPL) and finishing as JPL runners-up, whilst the senior team won promotion to the South East Counties Women’s Football League Division One. 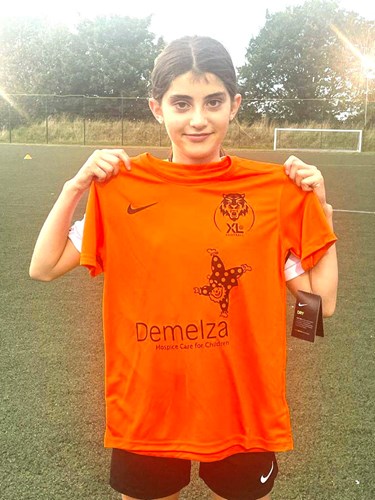 Stuart said: “This is an amazing and valuable sponsorship arrangement.

“Kent Reliance’s support has enabled us to treble the size of the club this year, offering more women and girls the opportunity to play football both nationally and across the south east of England. To have Kent Reliance gift their shirt sponsorship to Demelza is also a fantastic gesture.

“We could not be prouder to be jointly supporting a local charity doing such important work in our local community and we look forward to this valuable three-way sponsorship tie-up.”

Paul Whitlock, Group MD - Savings for OSB Group, said: “With our purpose being to help our customers, colleagues and communities prosper, we don’t see ourselves as a sponsor – we’re a partner to both XL@Football and Demelza.

We’ve been inspired by the valuable work they both provide and I’m delighted that we can play a part in supporting these important organisations who in turn support their local communities and the many families that rely on them.”

Mary Haisman, Demelza’s Senior Corporate Partnerships Executive, commented: “We’re so grateful to Kent Reliance and XL@Football for supporting Demelza with this initiative. As a charity, we’re almost entirely dependent on those around us to provide the funds that keep our services going, so knowing we have support from our local community means so much to everyone at the hospice."